On 2 August 2004, after a renovation of more than one year, took place with a solemn ceremony in the presence of religious and civil authorities the reopening of the little church of Saint Mary of the Assumption called “delle Muneghette”.

This place has always been a meeting point for the popular devotion of our town which is particularly loyal to the Marian cult. Every year on 15th August it renews the faith for the feast of the Assumption of the Virgin.

Even nowadays the venerable popular tradition remembers when the wooden statue of Madonna with Child disappeared and then reappered near the church from the pit in which it had been thrown.

The building, which is probably part of an ancient bigger complex is what’s left of an old female Benedictine convent mentioned in documents since the 13th century. During the following centuries it had been extended and enhanced thanks to the presence of nuns belonging to noble families and in 1520 it joined the St. Anne of Padua’s Benedictine convent. In late 18th century most of the lands (which now includes just the little church) switched to venetian Morosini family and then in early 1900s to the Bauce who gave it to the parish in 1974.

The renovation was financed by the “Fondazione Cassa di Risparmio di Padova e Rovigo” but wished and supported by the whole parish, by the then priest Father Francesco Lorenzin and then by Father Francesco Monetti and bishop Mario Morellato. The external structure was recovered to protect the frescoes that garnish the whole presbytery.

The paintings, well restored, revealed themselves in their colours, expressiveness and structure. In the ceiling there are the four evangelists’ symbols and blessing God Father. On the back wall can be found a gentle Annunciation and Saints Francis, Peter, Paul and Anthony surround the niche with the statue of the Vergin. On the left wall we have Saints Cristopher, Michele, Prosdocimo and maybe Justine; immediately in front there is Saint Onofrio and below St. John the Evangelist and St. Benedict surrounded by the little “muneghette”. All of this together with powerful fruity decorations and leafy spirals, gives birth to a fresco cycle, definitely made by several people at the end of 1400s and connected by an unusual and unknown common thread.

We hope that this monument of faith and art that tells his deepest meanings thanks to an historical, artistic and philological research, will always be able to be contextualized into the religious and civil community of Saonara. 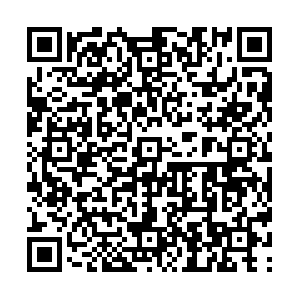